Check out the new flower I got for our landscaping! John got some plants, but they are not as exciting:) 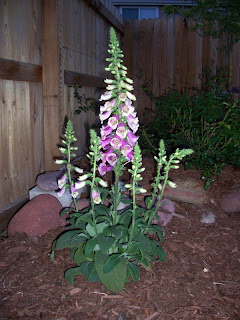 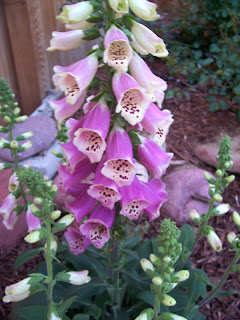 What an exhausting last day of school. Our internet filter decided to block all websites on the day that teachers needed it to print out thier grades. I was on the phone to tech support for a while, but I got help and fixed it. I decided to take a nap when I got home. It was a relaxing and peaceful...until I heard this dog yapping really loud. If you've ever seen the Seinfeld episode when Elaine can't sleep because of a barking dog...that is exactally what it sounded like. I ignored the barking and turned over so my "bad" ear was up. I could still hear the yapping very loudly. After like 10 min. I swore the dog was right outside my bedroom window. I looked out the window...and it was! I put on my flip-flops and walked outside. The dog kept yapping at me and I tried to shoo it away. I got closer to it...and It growled. I walked to the side of the yard and tried to call it to me to get it out of the yard. It started to come to me, then it stopped and started barking again. I called John and he said to just go back inside. It came up to the patio door when I went inside...and I took a picture of it. I was so annoyed! When John came home from work, I showed him the picture and he said..."that's a fox!" I'm glad I'm not a dog person. I probably would have tried to touch it. Well, I'm not sure it was a fox. I didn't think it looked like one. Whatever.
My camera didn't have the memory card on it, so i couldn't get the picture to the computer easily...but I will try.
happy sleeping.
Posted by Angie at 6:44 PM No comments:

This is my Now

As I sit here not wanting to do much...because it is the last week of school craziness, and I think I have a sinus infection...I am watching American Idol.
DID YOU SEE IT?
The only reason I am asking is because the winning songwriter was Scott Krippayne...a Christian Artist! He was probably more popular when I was younger...but I'm still excited.

I am excited because American Idol is so popular, and for Scott Krippayne and his pastor friend to write and live out thier song is awesome.
What an opportunity to make a difference on a higher stage.
Click here to see the American Idol songwriter contest entries.

I used to be in a Christian Music Club in college. I still love David Crowder Band, and Jeremy Camp...but I'm not as passionate about the movement anymore.

That doesn't mean there aren't great Christian artists making a difference in the world. There are. And to them I say...ROCK ON!

If you want to know of more Christian Artists...check out Mat Kearney. He is a Christian Artist signed with a christian and secular label...and his song "Undeniable" has been a top song on VH1 and many other major radio stations.
Listen closeley to the music in your life. What is it saying?
Posted by Angie at 6:51 PM No comments:

It is great to live in a state where it is almost always sunny...at least in the mornings. I am marveled by the beauty when I look from our front porch to the west.
The picture really doesn't do it justice. (click on it to make it bigger) 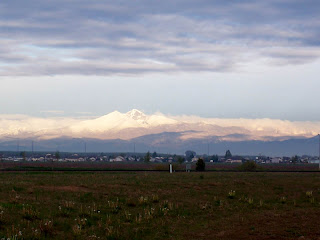 Here is what I can do with it in photoshop:) 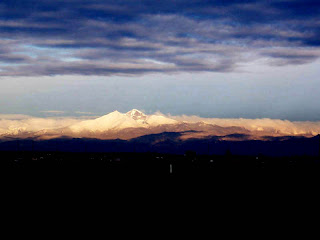 It is great to be able to enjoy the weather with family and friends. This is John's parents and us BBQing for Mother's Day. 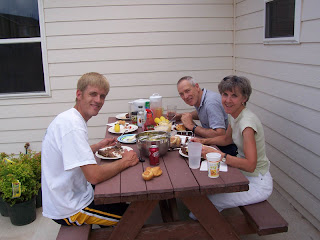 We also spent some time installing this beautiful ceiling fan for when sunny Colorado makes our house hot. In reality, I mostly sat around and watched;) 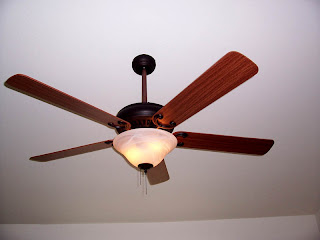 Last week, some of the kids at school caught 2 bunnies in the school yard. They were so cute, and the experience reminded me of my family chasing down the baby bunnies in our yard at home. I'm sure it looked hilarous watching us run around in our swimmingsuits, diving in the grass after a bunny. 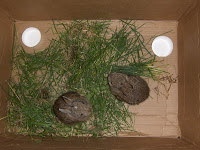 We would keep them as pets...until they died, or until the neigbors came over and "accidentally" freed them. One time in college, some of my guy friends from Canada kept our baby bunny "Morgan" in thier dorm room. He left poop all over!
Sorry if you have a problem with this. I'm not an "animal person", and If I want to catch a wild bunny because it cute...I will. 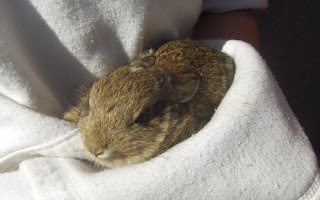 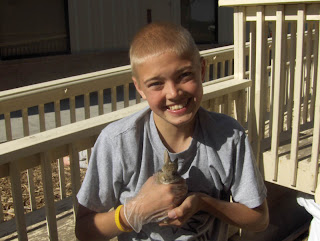 Workin' for the Weekend

Actually, I love my job. And, yes, I love the weekends too!
Here is a picture of me using my Friday work day to make a promotional video for the school auction. 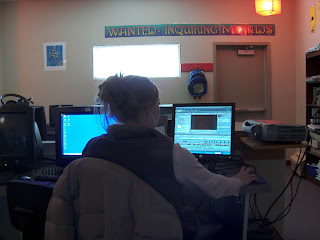 I signed my contract for next year, and I am very excited for the opportunity to continue teaching K-8 computers! Right now my 2nd graders are doing webquests on insects, the kindergartners are stying busy with kindersite.org (children's directory), my MS students are making PowerPoint's for the elementary teachers to use next year in their classrooms, and my third graders are making brochures on the classification of animals.

I have also started working on my wedding scrapbook album. I have been looking through digital pictures to find what I want on the pages. We had a GREAT photographer. (A ways into the wedding sample pictures on his website he has a few from our wedding.) Click here for the link.
There are also many creative poses if you are an amature photographer.
Here are a few awesome pictures from our wedding. 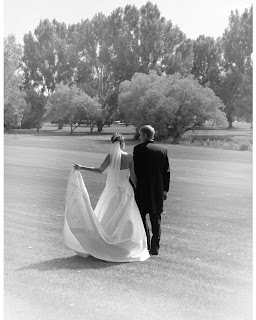 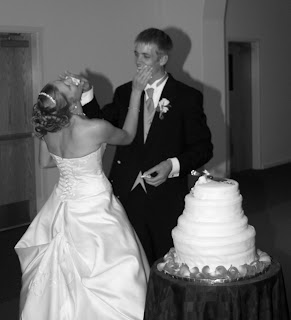 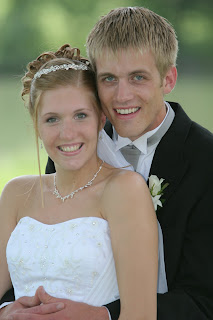 This Saturday was a rainy day delight. I went to garage sales this morning, which doesn't sound like fun in the rain, but most of the time there was just a really dark sky or sprinkles...and that means LESS PEOPLE to get the bargians:)
I actually had a lot of fun getting some scrapbooking things, clothes, and a lunch

cooler and jeans for John. Then I decided to take my coat off, so I took it off and threw it in the locked car. Somehow my keys came unattached from my keychain and landed in the car. I was totally bummed, because i had to pee really bad, I wasn't finished garage saling, and it started raining. I got to know the folks at that garage sale pretty well! Of course John came to my rescue...but I was like a half hour away from our house. It actually worked out fine, because we were looking foreward to seeing Spiderman 3 after I was finished garage saling anyways. 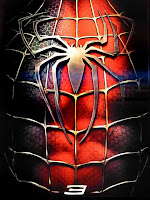 The movie was fun, "but you don't have to take my word for it" (we are the geeks who watched the cartoon version of Venom last night...and Spiderman 1 and 2 this week.)
Posted by Angie at 4:09 PM 2 comments: