Today before church, Sarah (fellow Dordt alumni from MN)and I were chatting about how we didn't think anyone was going to bring bars or cookies during our snack time. We also talked about the words associated with NW Iowa that no one else gets.
During the discussion time at our table we were asked to talk about why we were thankful for the people at our table. I said I was thankful for Sarah and Becca who are from NW Iowa/MN because we can talk about thinks like Bars and Taverns.
We laughed...and so did some of the other people around the table who thought we were talking about "bars and taverns". I briefly clarified that we weren't alcoholics, and it was all better. Be careful what NW Iowa slang you use together:0
Posted by Angie at 12:33 PM 4 comments:

The spirit of giving...

My advisory class of 8th grade students participated in Operation Christmas Child with me this year. We collected lots of items and packed 13 shoe boxes full of stuff for less fortunate kids. I had done it before at a different school and at church before and i really enjoyed it. Plus, I could donate some of my "deals" to the boxes. It is over for this year, but it is a great project for next year. You can find information on what it is HERE.

Here we are in the process of packing the boxes. 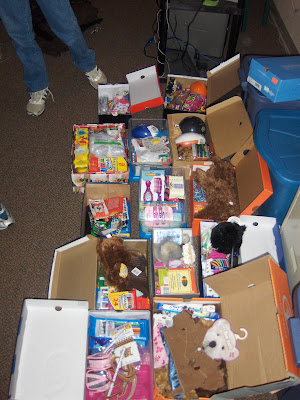 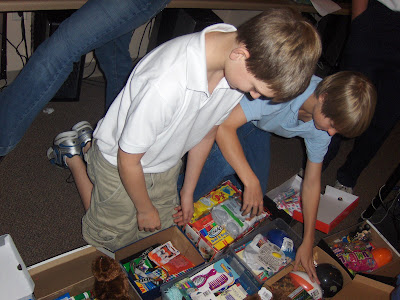 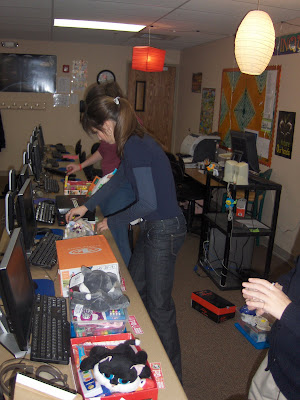 It turned out way better than I expected. I heard lots of comments from the kids like "we should do this more often" "isn't it fun to give these to other people" "I would love to get one of these boxes". I also think the kids learned a lot about giving and service.
Posted by Angie at 8:58 PM 1 comment:

After writing about my week last week, I thought I should give a quick update.....

1. After being in serious tooth pain for almost a week, I found out I needed a root canal and had it done on Thursday. The pain on Thursday was BAD...but Friday came and Saturday...and now I actually feel pretty good (with just a bit of pain left).
And..I didn't eat chocolate or soda for 6 days!!!

2. I've tried some new ways to style my haircut. Here it is before church this morning: 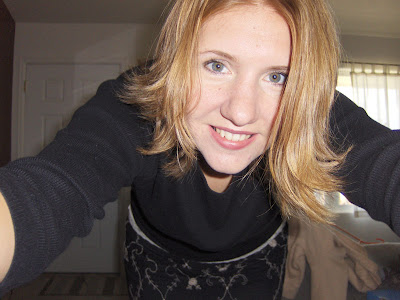 3. I put up the Christmas tree yesterday. I haven't forgotten about Thanksgiving...I just am really excited for Christmas. And, since it is only 40 days away, I thought it should be given some time to shine. I tried to take a picture in the dark, but the flash went off and it got fuzzy. Oh well. 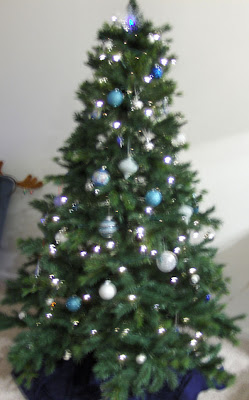 4. Happy Birthday MOM! It's been a while since I have seen you guys. All the more reason to be excited about Christmas. Here you are in July: 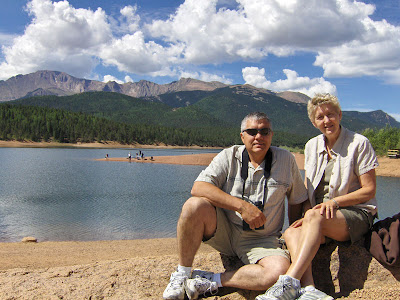 Some things you may or may not know about my week:)
*I've had a bad toothache for the last few days. I thought it was a sinus infection, and went to the doctor...but the pills aren't helping, so I think I will go to the dentist tomorrow.

*I got a haircut.
I'm not smiling much because my tooth hurts.
Here is before: 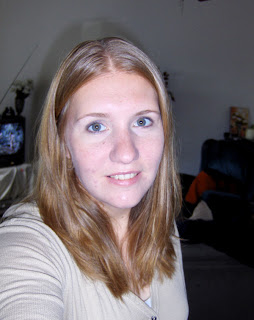 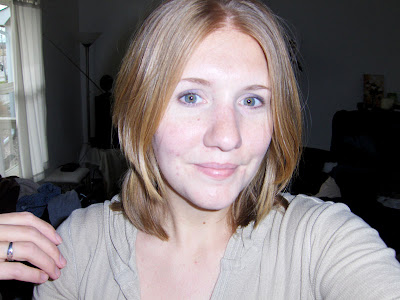 *I had an awesome time grocery shopping this week. I saved 86% on one of my transactions. I got all this for 13.53: 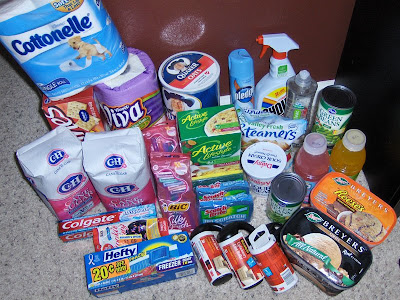 You can see more about my deals this week HERE


*I love having people over. My brother and a friend came from Denver for supper. We ate, played Pictionary, and I hooked him up with some groceries from my deals. Because we live out of town, I feel bad inviting people over because it is a bit of a trip for them. BUT with gas being 2.12ish a gallon, I will probably invite people over some more.

*I'm really excited for Christmas this year. I started playing Christmas music in my house already, and I love seeing the displays in the stores. I think I am most excited about Christmas this year, because I get to see my family. ONLY 46 DAYS!
Posted by Angie at 4:14 PM 5 comments:

One of our friends had a birthdayween bash (it was her birthday on Halloween). We got dressed up and attended the party. They were dressed as..
Rainbow brite and the gang: 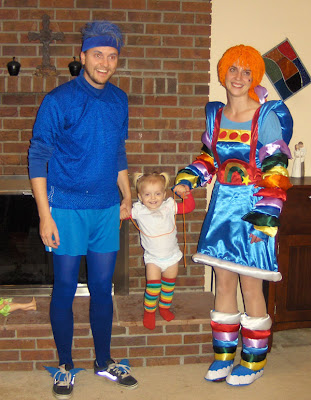 Here is what the gang actually looks like, in case you forgot. These homemade costumes were GREAT! 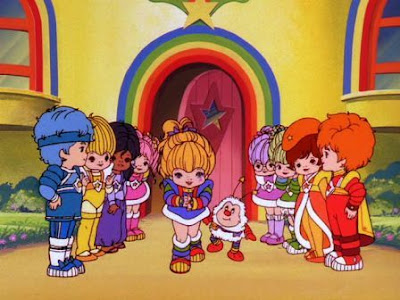 Then there was Juno: 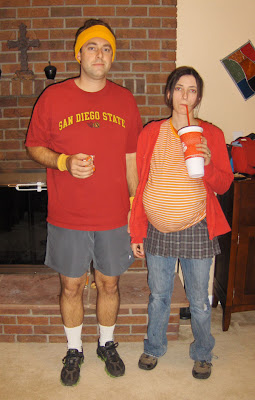 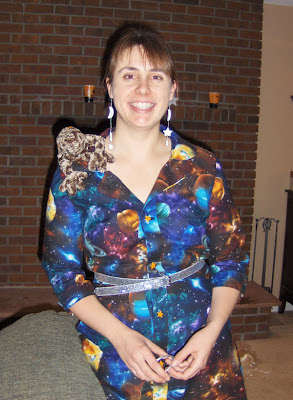 Peter Pan, Wendy and the lost boys (I never actually got a picture of Wendy (sorry Kelly)) 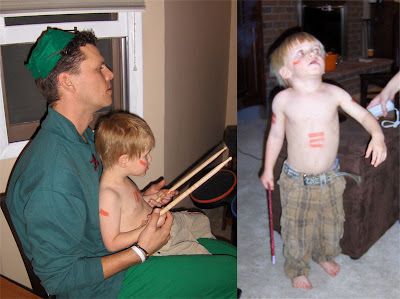 There was also Charlie Brown, Linus, and Lucy, a Nudist on Strike, Miss South Carolina 30 years later...and some other fun costumes.

John was a cop. (notice the awesome mustache) 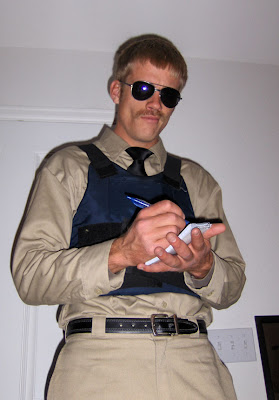 I was a state prisoner. 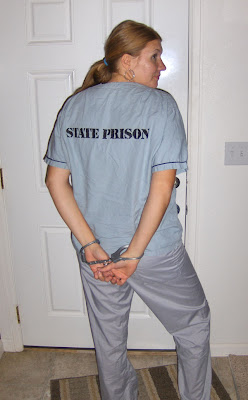 Here are some photos of our evening:) (click on the picture to make it bigger) 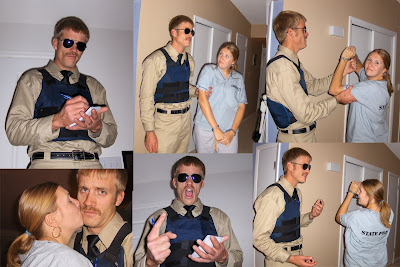 We played Guitar Hero world tour most of the night: 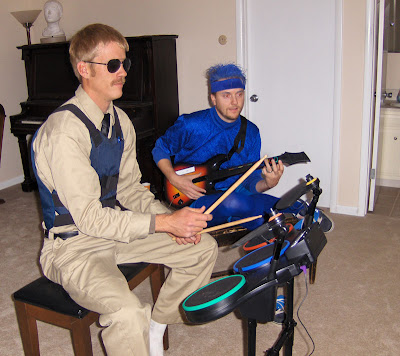 John had the "manliest" costume of the guys. 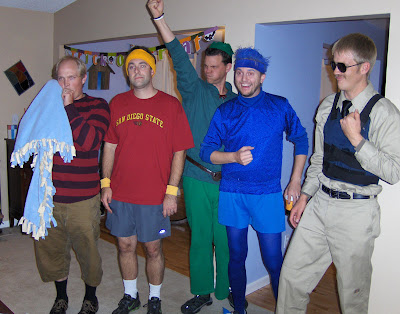 The turkeys and hot dog mummies (in the background) were a yummy. 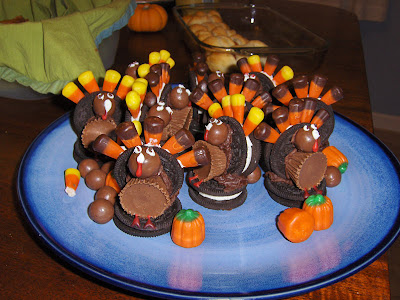 Here are some more pictures of John: 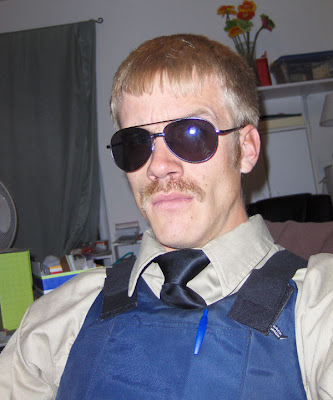 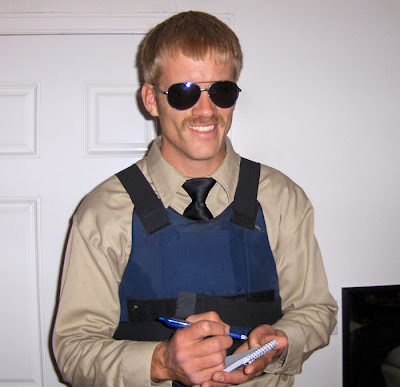