This weekend I decided to spend some time scrapbooking. Here is a layout I finished, and some that I did earlier for Camille. 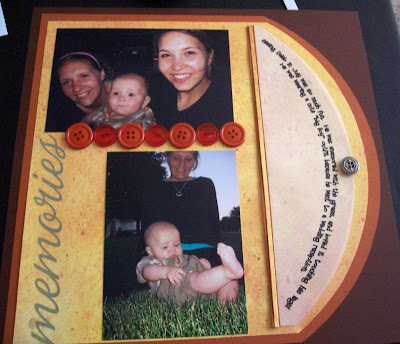 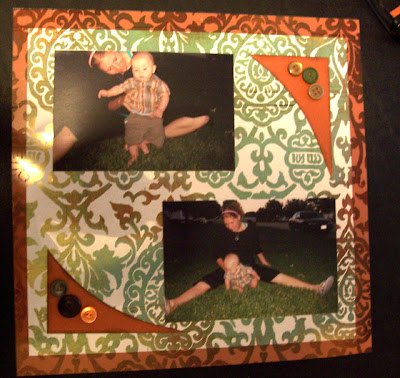 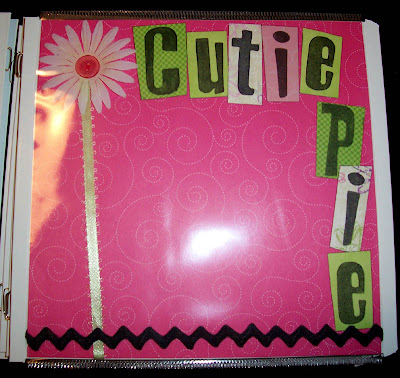 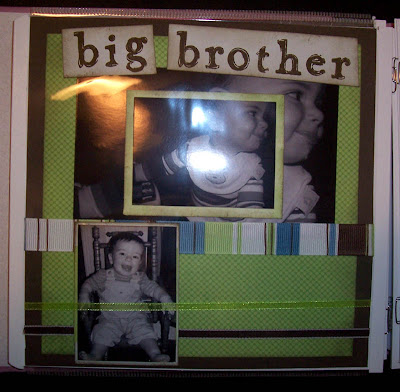 Congrats to my VB team who finished out #1 in our league in regular season games. I just got the news yesterday- and it made us all very happy. We have a district game on Tues. and if we win, we have a district tourney on Friday. YEEEAAAHHH!

Teaching has been going well also. My Middle School students made magazine covers using Adobe Photoshop Elements. Here is mine (the example), and here are theirs displayed on the wall outside my door. Fun, Fun! 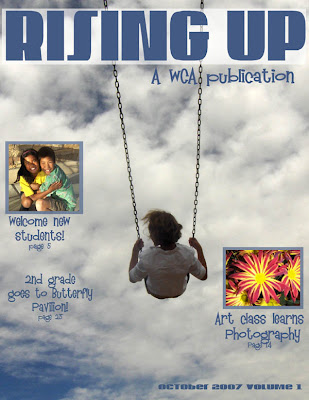 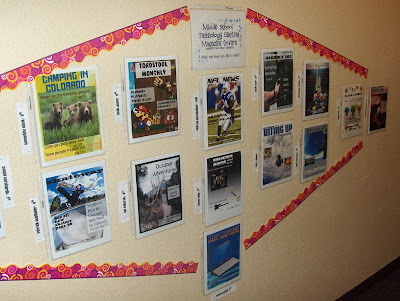 I can't believe it. We have had 2 rainy days in a row! Mostly it is just cloudy- but cloudy is strange for Colorado too. I have spent much of these rainy days looking at the burning bushes outside, sleeping, finishing up some scrapbooking, sleeping, making cookies and supper, sleeping, watching John fix my car, and sleeping. It is essential to sleep a lot because I got home every night this week after 8pm and I am exhausted! 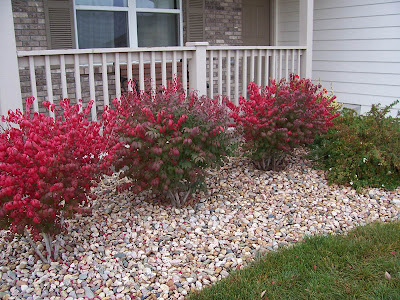 My front brakes became problematic, so John replaced the brake pads and rotors. He did one side the afternoon before, but because of the much needed rain he was forced to finish the right side today. oohh, shiny. 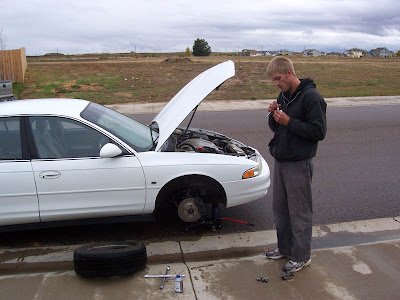 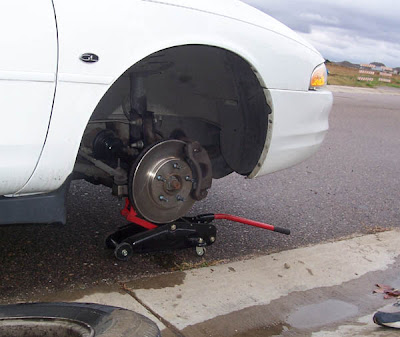 Seriously...you can watch full episodes of awesome shows online anytime you want!
As I was wanting to spend time in the same room as John, but not wanting to watch COPS again...I realized, I could watch the episode of Ugly Betty that I missed on Thursday because of a Volleyball game- ONLINE. I also watched episodes of The Bachelor-(somewhat entertaining), Caveman-(kind of weird), and Private Practice-(very good T.V.). In other online discoveries, my mom wanted to know if the Dordt girls soccer game was almost over so they could drive across town and make it to the start of the boys soccer game...so she called me and asked me to check the web cast of the game. I had to laugh when a Canadian college student was announcing the plays in a slow and mundane manner-knowing about 1/2 of the names and having a thick Canadian accent:) It was cute though- in a NW Iowa sort of way.

My week has been good. It was a little frustrating on Friday night when my VB team played an intense game that went to 5 and we lost. We didn't loose any game by more than 3 points. Grrr.
I do love the weather and the foliage this time of year. The burning bushes in front of our house are living up to their name:)
Posted by Angie at 5:49 PM 3 comments: